As a part of the NXT community and family, Other Story has grown into a vibrant environment of artists, academics, citizen journalists and filmmakers, all exploring the potential in Slow Journalism and Radical Softness.

Since 2015, Other Story has been exploring a method for communicating the sensibilities of the human encounter, through documentary short films. The act of making the stranger a friend is central, using the camera and the audio recorder as the keys which unlock potentially inaccessible situations. With empathy and the aesthetics of failure as textural methods, the Other Story community has travelled from the Greek Islands to Standing Rock, to the Syrian borderlands, the countryside of Denmark, the ‘in-between areas’ of Europe’s larger cities and Jordan in the Middle East. Equipped with a series of simple questions, that are designed to make explicit what we take for granted, the members of Other Story ask the people they meet – What is water? Have you ever been in love? Describe a dream. What is beauty? What have you heard? Share a fairytale from your childhood.

At the moment Other Story is in Jordan and Toulouse, to speak to people about climate disturbance, water and revolution. Other Story is the official media partner of Euroscience Open Forum (ESOF). The community has visited a mud house village outside Amman, spoken to a young woman from Syria about how she hid male revolutionaries in niqabs, spoken to scientists about butterflies and bees in France and visited the death of an oasis in Jordan. Here is a peek into the research:

Other Story does not claim to be objective, instead the films seek to portray a complexity which arises from diving into the subjectivity of the person which the Other Story members encounter. The members of the Other Story community seek to shape a vessel for the complexities, poetics and sensibilities of the inner human landscape and life expression. In this way endings and answers are not necessarily delivered, but instead a pattern of strings are woven from the fabrics of different voices and reflections. 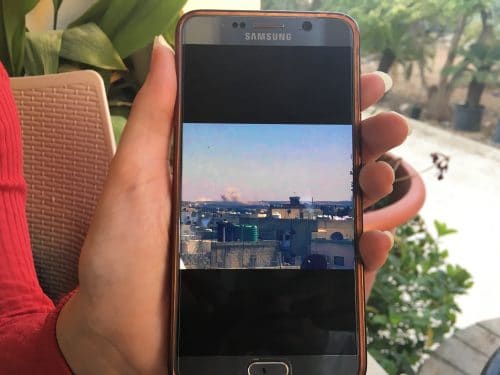 Photo by Anton Falck Gansted, member of Other Story, in Ramtha, 2018, a small Jordanian village on the border to Syria, where the bombs are falling intensively. Here Other Story spoke to Fatima about local myths. 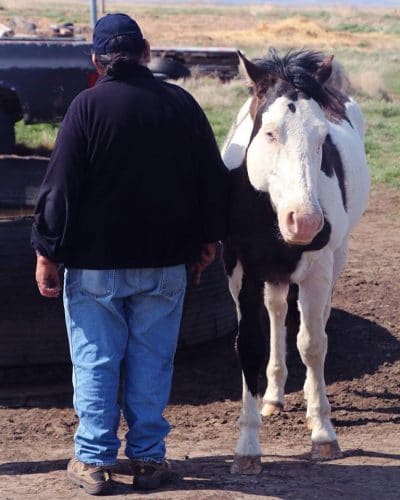 Photo by Peter Laugesen member of Other Story, of Mike Little Bear in Standing Rock Indian Reservation, 2017, USA. Here Other Story spoke to several members of the Lakota tribe, about water and America. 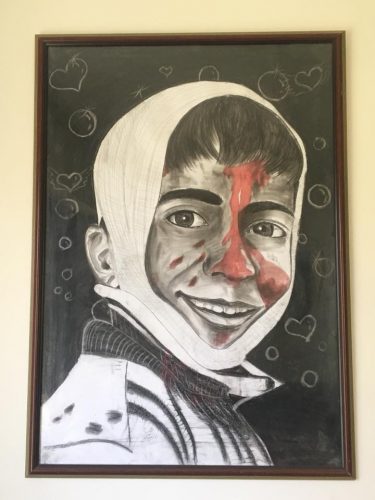 Photo by Madeleine Kate McGowan founder of Other Story, in 2018, at a centre treating Syrian youth and children who have been wounded in the Syrian conflict. The painting is made by one of the young people. Here is a peek into the film research from the Middle East:

The Other Story community is now represented in Denmark, the UK, Jordan, US and Germany, with active members from Syria, Denmark, the US, Afghanistan and Germany. The members always travel in smaller groups and meet regularly at the headquarters in the NXT office in Copenhagen. 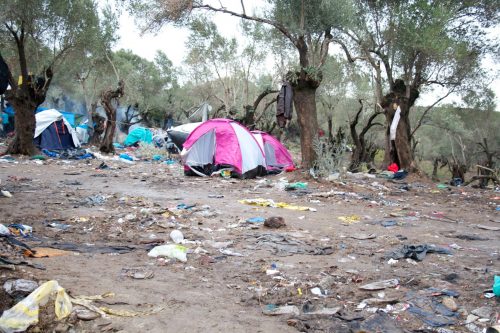 Photo by Laura Vilsgaard, member of Other Story. Taken in 2015 on the Greek island, Lesvos, in the refugee camp Moria where we met people and spoke about love, family and art.

AS AN ARTIST IN TIMES OF CATASTROPHES

This website uses cookies to improve your experience while you navigate through the website. Out of these, the cookies that are categorized as necessary are stored on your browser as they are essential for the working of basic functionalities of the website. We also use third-party cookies that help us analyze and understand how you use this website. These cookies will be stored in your browser only with your consent. You also have the option to opt-out of these cookies. But opting out of some of these cookies may affect your browsing experience.
Necessary Always Enabled

Any cookies that may not be particularly necessary for the website to function and is used specifically to collect user personal data via analytics, ads, other embedded contents are termed as non-necessary cookies. It is mandatory to procure user consent prior to running these cookies on your website.