Defining the life in ‘liveability’: a Dome of Visions pow-wow about urbanity and civics

On October 25th 2017 the Dome of Visions in Aarhus hosted a day-long workshop on the meaning of ‘liveability’ in the contemporary city, run by myself and Dan Burrier. 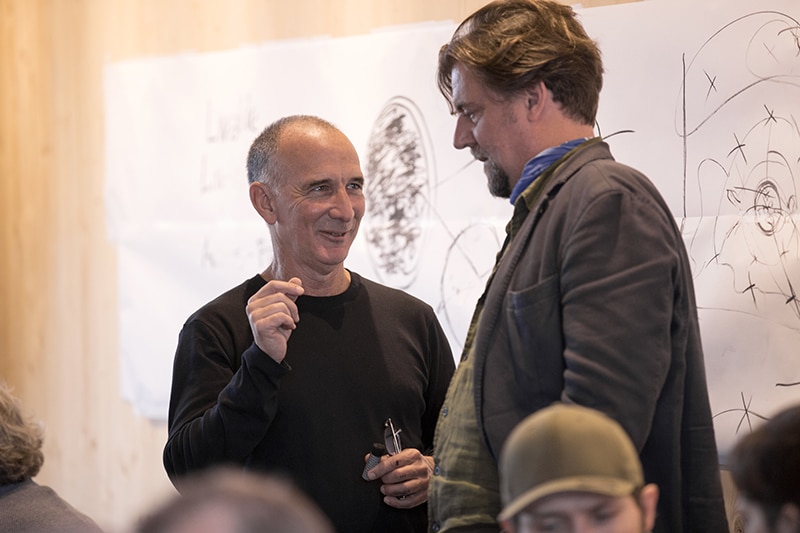 Denmark is perhaps the world’s most advanced democracy, a bastion of tolerance, inclusion, creative thought and superior pork products. What on earth could the Danes want to learn from two freakish outsiders, come to Aarhus to challenge their ideas about city life and design? Would it be possible to illuminate the illuminated? As it turns out, most emphatically a lot and yes, and precisely because they have the ingrained tools to communicate, listen, develop and collaborate.

The freakish outsiders in question were myself -a jazz drummer, writer and architect, in ascending order of importance, and latterly a protagonist in the development of greater Paris’s identity and form- and Dan Burrier, a garlic farmer, Zen priest and advertising executive (same order of magnitude), imported from the planet northeast Los Angeles for the occasion. Dan has shepherded global brands such as Apple and Vodafone, both at home and in pioneering contexts such as Turkey and China. 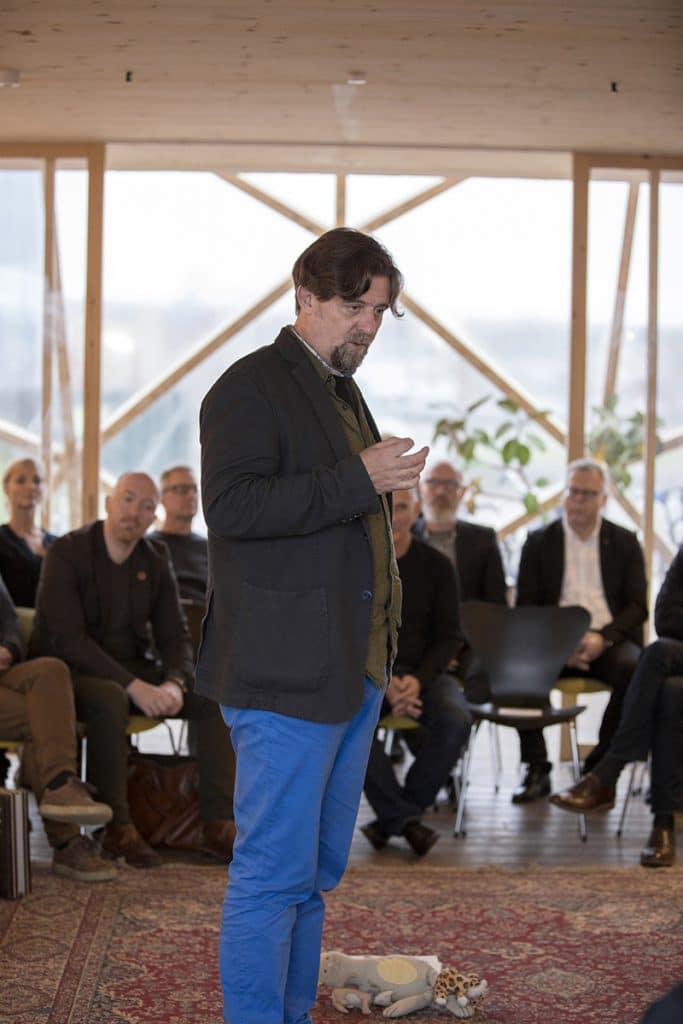 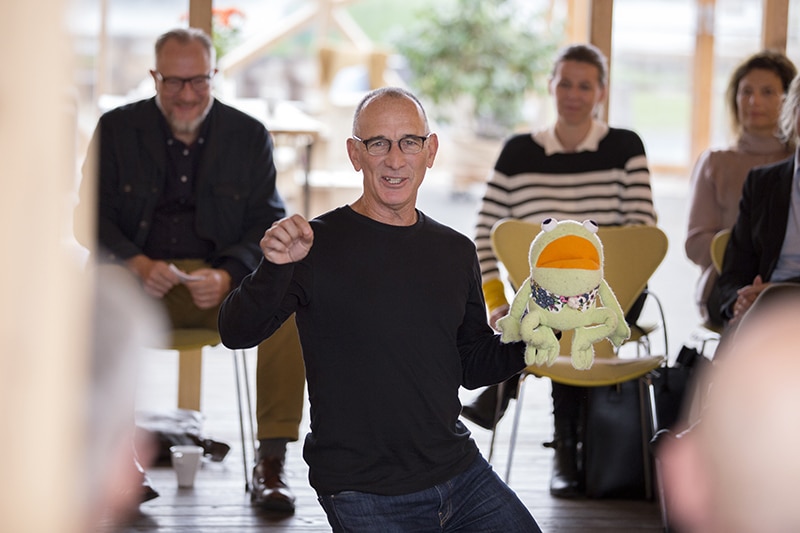 Forewarned that our audience would comprise 50-odd major actors in urbanism, politics, anthropology, architecture and real estate, we ditched (at the last minute) the agreed programme of a one-way presentation and cooked up a workshop format which would oblige us to be both transparent and responsive – a bit like the Dome of Visions itself – in the quest for a meaningful revelation and contact. Drawing perhaps most strongly on the jazz/Zen parts of our experience, we set out to improvise and open the process, turning it over to the locals so they could reflect back to us -as outsiders- their self-perception and self-discovery. 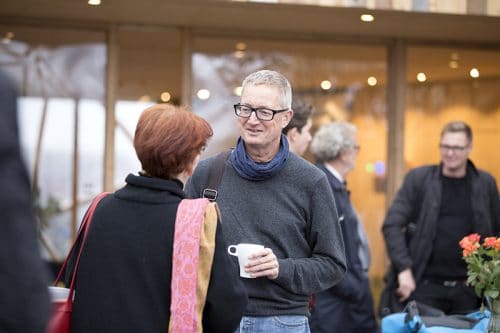 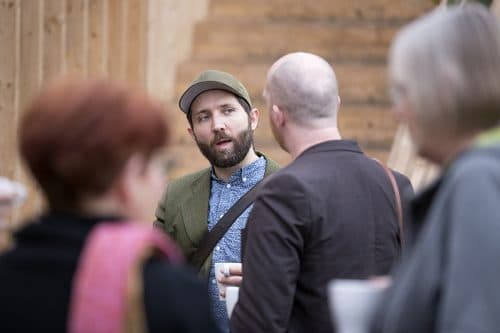 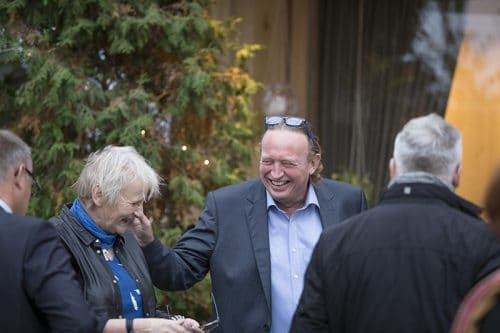 We never asked them -in a common setting, at least- their ‘occupation,’ inviting them instead to identify themselves through a keyword of what they brought to the proceedings in terms of energy, ethos or intent. The space was organised as a circle with a long roll of paper pinned on one tangent wall, which served for notes and explanations; we ditched the planned PowerPoint presentation in order to preserve the active character of the proceedings. 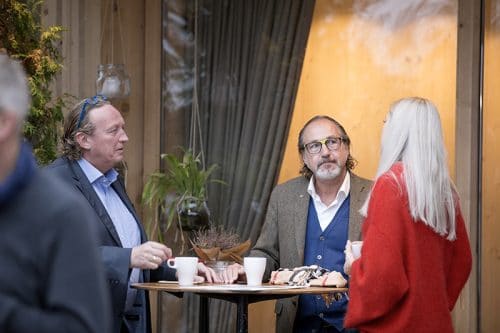 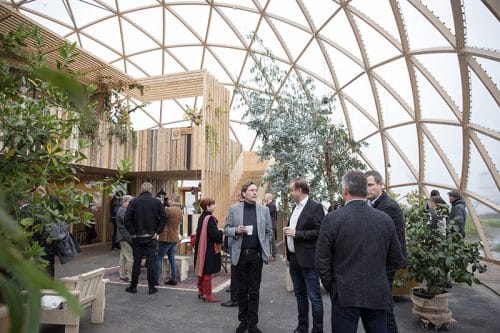 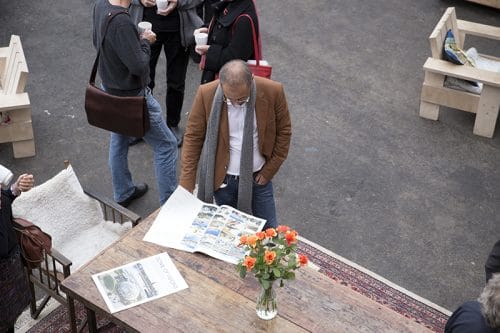 For the confrontation to have any sense we had -first- to introduce ourselves as outsiders and share our experiences of metropoles of very different sizes to Aarhus, with vastly different problems and preoccupations. Dan emphasised his eclectic, multi-layered journey, from ultra-conventional postwar suburbia through the upper spheres of capitalism and spirituality, as well as urbis and country, giving him multiple points of view and inroads into any situation in his life; I stated that my home town was -for me- at its most ‘liveable’ on the night of the Charlie Hebdo attacks, when spontaneous demonstrations of outrage erupted throughout the city despite the fact that the killers were on the loose and potentially about to strike again. 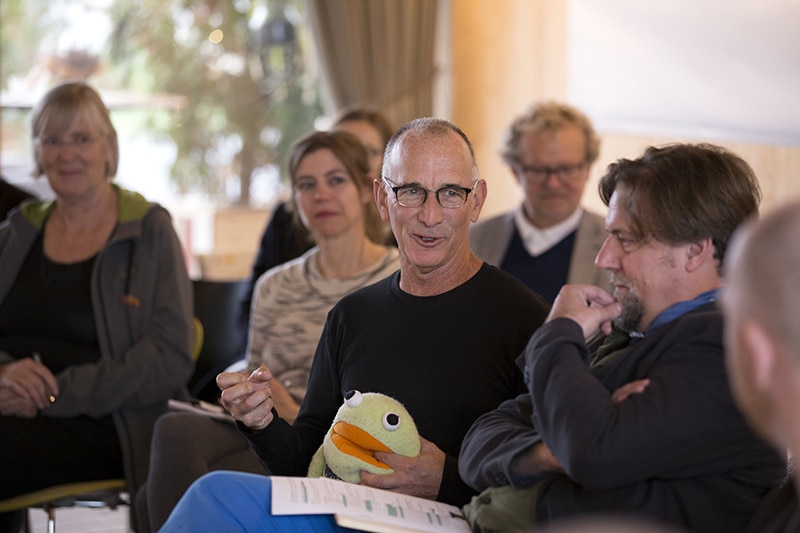 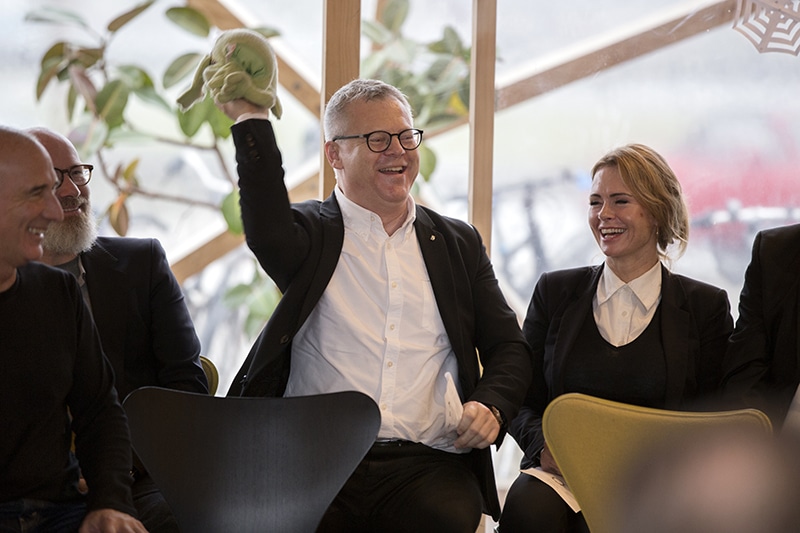 And so, over to the locals: they paired off and role-played the character of the city in various situations, generating a very interesting range of agonistic topical keywords such as formal/informal, beauty/democracy, history/story, polycentric/foreign, simple and multiple belonging/exclusion and -a recurrent theme- that of access,-not so much physical as psychological, invisible barriers and welcoming spaces and streets. 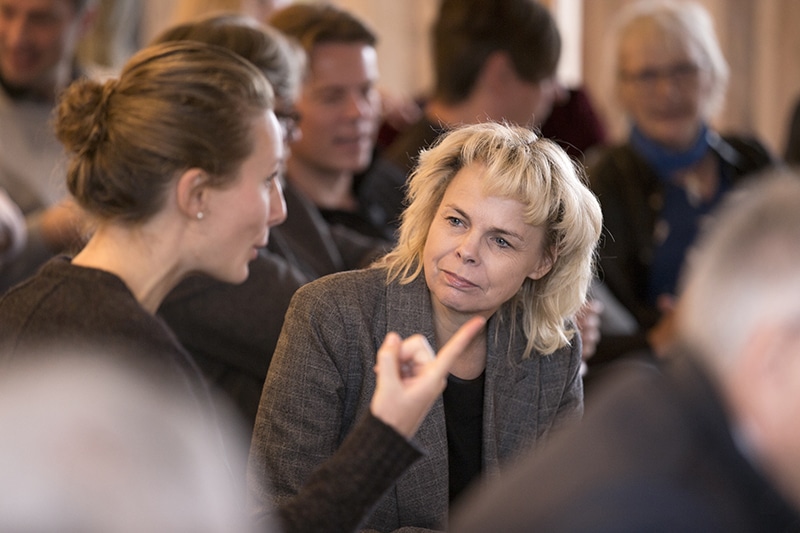 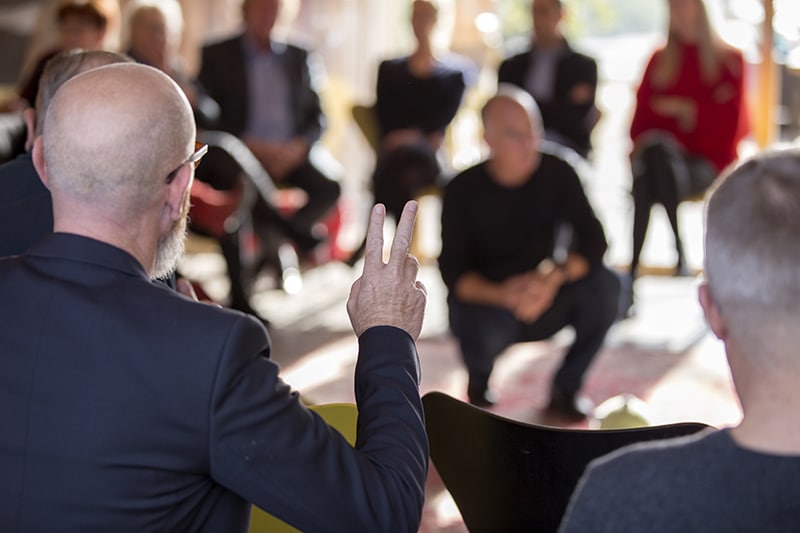 After lunch Dan led a multi-group exercise designed to manifest what he called the ‘operating system’ of the city, revealing its core codes. Groups of five confronted their clinchers to the statements  ‘the one thing you should know about me is…,’ ‘this is the thing that makes me angry…’, ‘if you want me to be happy,….’, and ‘my promise to you is…’. Many groups returned to the previous official catchphrase ‘a city of smiles,’ as well as the small (or ‘second’) city character with ts attendant intimacy, familiarity and inclusiveness. Absence of empathy was felt (empathetically) to be the most prevalent negative, and a common promise was to keep changing and be inclusive. 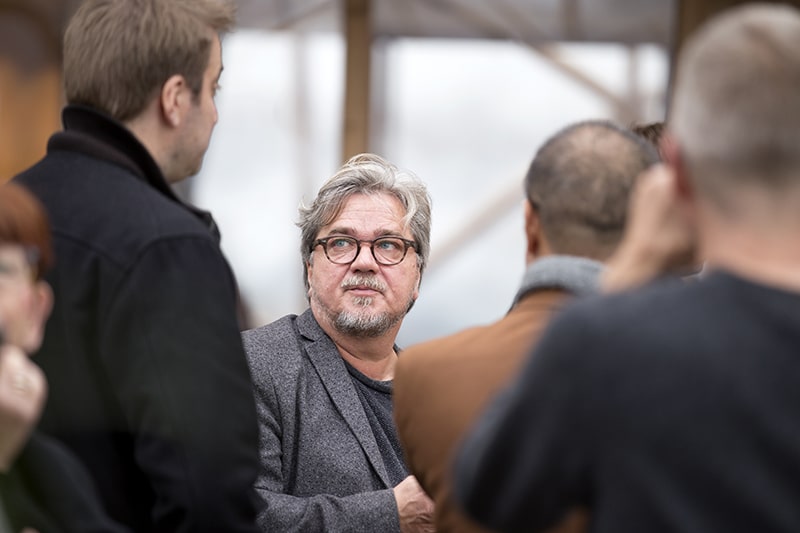 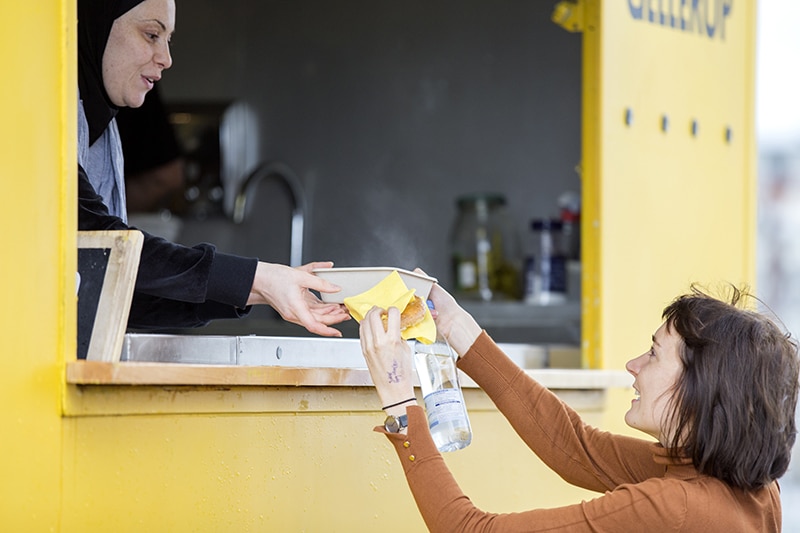 We concluded with a game which showed this operating system in action: each group had to appoint a role-playing ‘mayor’ and co-create a speech for her/him in response to scenarios such as a major flood, a terrorist attack, a visit from Donald Trump or a mass evacuation following a pollution incident. …….. who had the tough task of addressing the terror attack, stilled and touched the room by saying ‘we are not smiling now, and we might not for some time…’

It was over all too soon: we hardly began to unpack the concrete and nebulous question of access, we barely dwelt on any concrete examples. I was left feeling incomplete and part of something much bigger that myself (which -I suppose- is the fundamental condition of a city). I look forward to further exchanges with this warm and creative group, and to seeing how their reflections change their own perception of their city. And I will try to teach the Parisians to smile…. 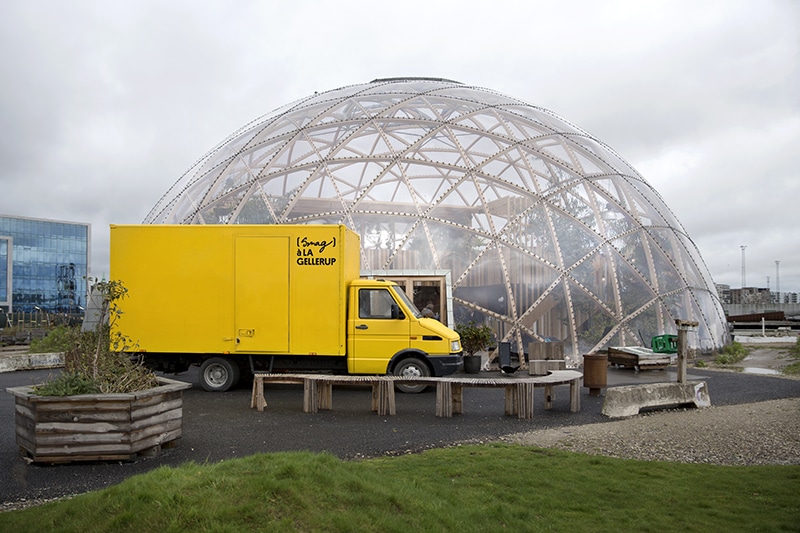